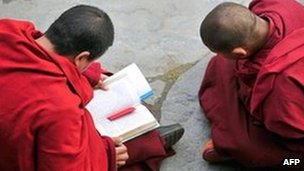 Two Tibetan teenagers have died after setting themselves on fire in Sichuan province, activists and US media said.

It happened outside the Kirti Monastery in Aba county, where many of the self-immolation have taken place.

This brings the number of Tibetans who have set themselves on fire since 2009 to 51, the group added.

The BBC is unable to verify this figure. Foreign media are banned from the region, making reports hard to confirm. Chinese state media have confirmed some of the self-immolations but not all.

More than half of those who have set themselves on fire are believed to have died.