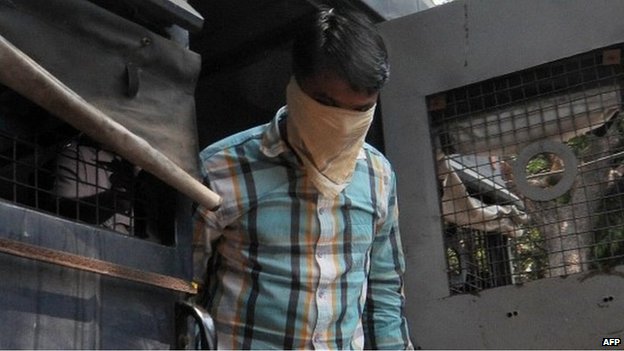 MUMBAI, India – A court in Mumbai has found three men who had already been convicted of two gang rapes guilty under a new law that carries the death penalty.

Both the victims – a telephone operator and a photojournalist – were attacked in separate incidents at an abandoned textile mill in the city last year.

It is the first time that a new law targeting repeat sex offenders has been used in India.

Both trials were completed within seven months in a fast-track court.

Last month, a Mumbai court sentenced four men to life in prison for the gang rape of an 18-year-old telephone operator.

Three of those sentenced were also convicted of the gang rape of a photojournalist last August.

Sentencing is due on Friday.

The 22-year-old photojournalist, an intern with a Mumbai-based English magazine, had gone to the Shakti Mills – a former textile mill that now lies abandoned – with a male colleague on a photo assignment when she was attacked. Her colleague was beaten during the assault.

After that case made national headlines, the 18-year-old telephone operator came forward to report that she had been assaulted in the same place a month earlier.

In India, where a rape is recorded every 22 minutes, scrutiny of sexual violence has grown since the gang rape and murder of a 23-year-old student on a bus in Delhi in December 2012.

Four men were sentenced to death and a juvenile was sent to a correction facility for three years for the Delhi attack.

The attack on the Mumbai photojournalist renewed public outrage at India’s high level of sexual violence.