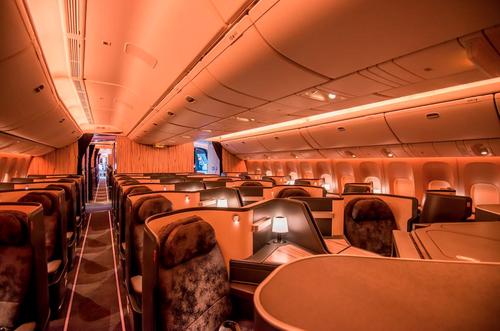 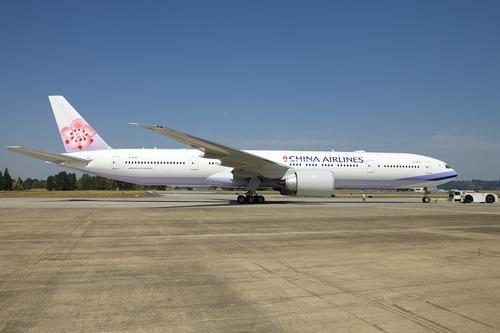 With a tasteful wood grain design and  mood lighting, this 358-seat aircraft (40 seats in Premium Business Class, 62 seats in Premium Economy and 256 seats in Economy Class) is a tastefully-decorated treat, especially in the two “Premium” classes. Here’s a look at our favorite features:

Related: Inside the New 787-9 Dreamliner 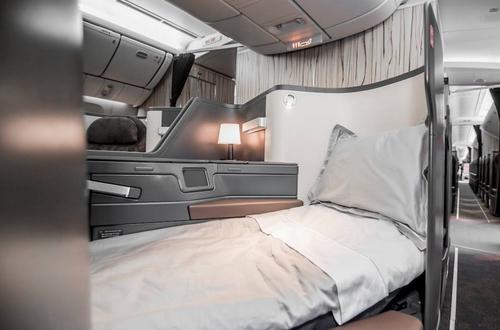 Premium Business Class is great, especially if your “business” is sleeping during your flight. (Photo: Facebook/China Airlines)

Premium Business Class also features a Sky Lounge that can suit whatever mood you’re in: on the left side of the plane is the “Literary Tea-tasting Area, where you can sip on six selected teas from Taiwan; the right of the plane features the Western “Fashionable Coffee Area”;  and in the middle, for those who prefer a liquid drug with a little more punch than caffeine, there’s a bar that offers cocktails as well as tapas and cup noodles. 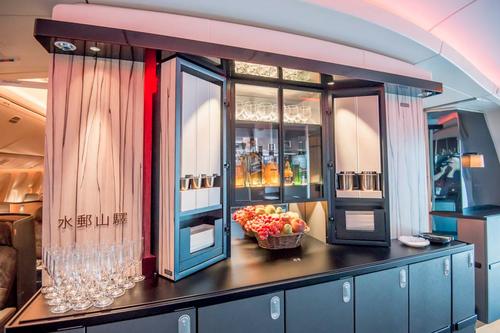 Coffee and tea are great, but this is the bar where you’ll likely find us. (Photo: Facebook/China Airlines)

Premium Economy passengers get a spacious 39 inches of legroom. And you can leave your “Knee Defenders” at home: these seats feature a fixed-back shell design which “recline” by sliding the bottom forward, allowing you to lean back without invading the air space of the passengers behind you. 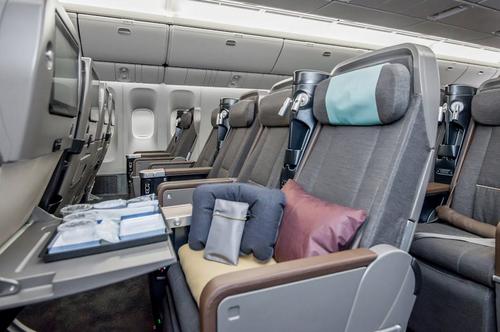 Economy Class allows you to get cozy with the “Family Couch” seats, where you can raise the footrest and concert the seats into a sofa bed. Recommended for use only if you know your seatmate. 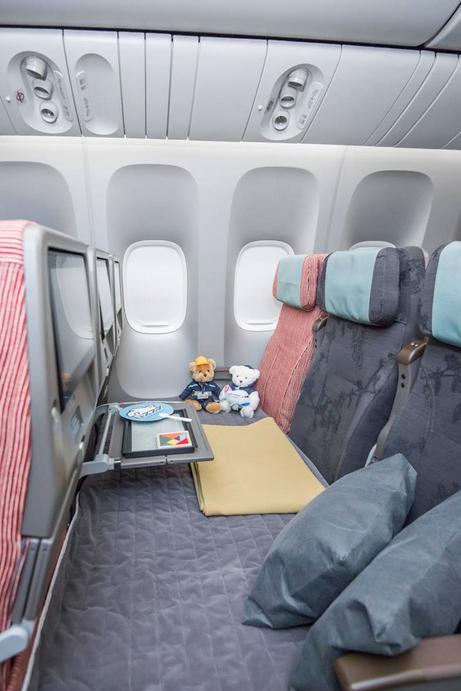 China Airlines’ first 777-300ER is already flying routes in Taiwan. The airline’s also getting two more this year, which will be used for additional routes this winter: Taoyuan-to-Los Angeles starting in December, and Taoyuan-to-New York and Taoyuan-to-San Francisco starting in 2015.