(Above photo) Pavement sellers in New Delhi are all geared up to sell earthen lamps and other decorative items used during Diwali.

NEW DELHI — As the Indian capital, New Delhi, battles deadly air pollution, it might be missing the customary fireworks during the Hindu festival of lights, following a temporary ban imposed by the Supreme Court on the sale of firecrackers

The order has raised a firestorm in the city of about 18 million as it gears up for Diwali on October 19. Complaining that the order strikes at the heart of a quintessential Hindu tradition, critics compared it to banning Christmas trees on Christmas. Jubilant supporters pointed out that the top priority is the health of citizens in a city where the air turns toxic at this time of the year because of slower winds and colder temperatures that trap more pollution. 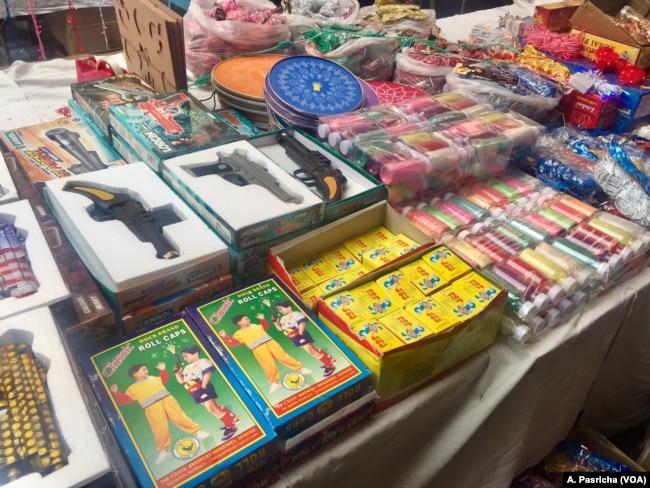 The Supreme Court in India has banned the sale of firecrackers, which are customarily burst during the Hindu festival of Diwali due to fears that air pollution could spike.

“Let’s try at least one Diwali without firecrackers,” said one judge as the court announced the order Monday. The Supreme Court ban is not new — it was also imposed last year, but only after the festival, when New Delhi was already enveloped in a haze of smog.

The ban was partially lifted last month as Diwali approached, but it has been reimposed in connection with a public interest lawsuit on behalf of three children who are seeking the court’s intervention to better clean up Delhi’s toxic air.

Supporters of the ban hope the preemptive measure will prevent pollution from reaching levels of last year, when air quality was nearly 20 times the safe limit set by the World Health Organization in the days following the festival. Many people became sick and that led city authorities to impose emergency measures such as closing schools.

But opponents of the ban, who question why only firecrackers are being targeted, say it is more important to tackle the year-round contributors to Delhi’s filthy air, such as the city’s massive vehicle fleet and the burning of crop stubble in neighboring states that worsens air quality. Setting off firecrackers for a few hours, they say, will not diminish the city’s air pollution problem.

Environmental experts, however, point out the measure would help at a time when the air is already saturated with pollutants.

India’s environment minister, Harsh Vardhan, welcomed the order and urged people to abide by it and “give green Diwali and our environment a chance.”

But there were sharp divisions. Some in his Hindu nationalist party voiced anger at what they saw as a blow to an age old Hindu custom. Diwali is known as the festival of lights, when homes are decorated with oil lamps, but it is also customary to set off firecrackers at night. 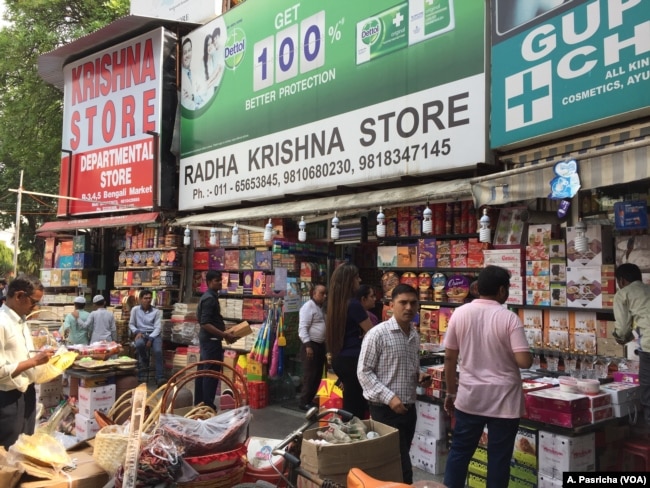 Shops in the Indian capital are stocked with gifts and sweets as the Hindu festival of Diwali approaches.

Pointing out that the ban only covered the sale and not the lighting of firecrackers, a BJP spokesperson in the state unit in Delhi, Tajinder Singh Bagga, vowed not to give up his annual custom of distributing firecrackers among slum children in the city. He says he got a massive response from social media. “When I tweeted yesterday we are going to distribute, many people sent the message we also want to distribute, because of this ban, because people were in anger.”

It is unclear who will win out on Diwali day — environmentalists, thousands of ordinary citizens and school children, who have conducted campaigns for several years to abandon the tradition and rejoice in other ways or diehard enthusiasts, who say the order has left the door open for them to bring in firecrackers from neighboring towns.

No one, however, including the critics, dispute that Delhi’s air pollution needs urgent attention. A 2015 study said that the lungs of half the children in the city have been damaged due to the toxic air. Doctors also link the dirty air to a rise in respiratory diseases and heart attacks and advise elderly people to leave the city in winter.

After last year’s experience, city authorities have put in place an action plan starting Sunday to tackle any alarming rise in pollution levels. That will include banning trucks from the city, halting construction activity and restricting traffic.