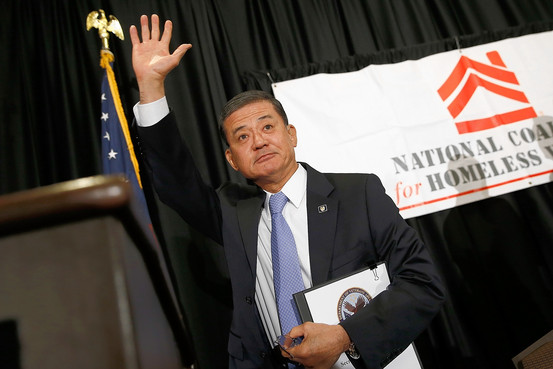 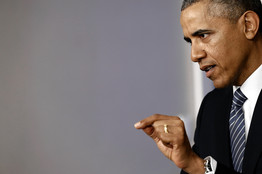 According to the Wall Street Journal, Veterans Affairs Secretary Eric Shinseki resigned Friday, but his departure did little to solve entrenched problems over access to care at the VA or to relieve pressure on the Obama administration.

After presenting President Barack Obama with an internal VA assessment of improper appointment-scheduling procedures and efforts to hide long wait times across the VA health system, the retired general offered to resign so his role wouldn’t be a distraction from the need to fix problems at the VA, Mr. Obama said.

Mr. Obama said he accepted Mr. Shinseki’s resignation “with considerable regret,” and moved to take charge of VA problems saying, “This is my administration. I always take responsibility for whatever happens.”

But Mr. Shinseki’s departure presents a new set of challenges for a White House already on the defensive over mismanagement within the VA system. In addition to having to shepherd a new VA secretary through a potentially contentious Senate confirmation process, the administration must find a way to bridge differences with Congress over how to fix an agency mired in problems. And this will have to occur under the microscope of increased congressional oversight promised by House and Senate lawmakers.

Moreover, the final results of continuing reviews from the VA inspector general, the VA and White House adviser Rob Nabors have yet to come in. Senior administration officials said that additional actions, including firings of VA officials, could be taken after the inquiries.

“The president believes that holding people accountable is important, and he expects that to take place,” White House press secretary Jay Carney said. “It is taking place.”

The onus is on Mr. Obama now, said House Speaker John Boehner (R., Ohio). “Until the president outlines a vision and an effective plan for addressing the broad dysfunction at the VA, today’s announcement really changes nothing.”

With Mr. Shinseki’s departure, the deputy secretary, Sloan Gibson, takes over as interim secretary. The West Point graduate and former head of the United Services Organization, a troop-welfare organization, has only been with the VA since February, but veterans groups have voiced confidence in him.

Mr. Shinseki had been fighting to stay ahead of ever-growing problems at the VA since mid-April, when a congressional hearing, combined with a public announcement from a former VA physician, brought attention to tampering with patient appointment-scheduling procedures at the Phoenix VA Health Care System. That included employees making it appear in official records that patients had short wait times, when in reality wait times were sometimes months longer.

“Today is a sad day,” said Rep. Mike Michaud (D., Maine), the highest-ranking Democrat on the House Committee on Veterans Affairs. “Right or wrong, he [Mr. Shinseki] was becoming the focal point of this issue—to the extent that it was distracting us from addressing the very serious problems within the VA system.”

The focus on Mr. Shinseki, and whether he would resign, had intensified following the Wednesday release of an interim report from the VA’s independent inspector general.

The report confirmed the allegations in Phoenix and said scheduling problems have been found throughout the VA, with schedulers using a variety of techniques to game the system. The IG said it is or will be reviewing 42 separate VA facilities across the U.S. The inspector general also said it is working with the Justice Department over possible criminal and civil violations.

In 2011, the VA instituted aggressive new targets of 14 days for patient wait times. The VA noted in its own internal audit, which Mr. Shinseki delivered to Mr. Obama minutes before he resigned, that the 14-day wait goals were “simply not attainable,” and that such targets were no longer in effect.

Until the release of the inspector general’s report, Mr. Shinseki retained support in Congress, but by Wednesday evening, more than 100 members of Congress, including a growing number of Democrats, were calling for him to step down. The roster grew through Friday morning, when what would normally be a little-publicized speech to a conference in Washington on homelessness among veterans became a major event.

In the speech Friday morning, Mr. Shinseki called the improper scheduling and other problems “indefensible,” and said he was taking quick steps to address the problem. Mr. Shinseki apologized to veterans, Congress and the American people, but vowed to stay on as secretary, despite growing calls for his resignation.

“I said when this situation began weeks and months ago that I thought the problem was limited and isolated because I believed that,” Mr. Shinseki said in the speech. “I no longer believe it; it is systemic. I was too trusting of some.” 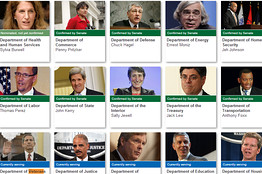 The former general, who has been a public servant since the early 1960s, when he was a cadet at West Point, stepped down from his post quietly and with little fanfare, in keeping with his methodical manner.

The biggest political battle will likely be waged over how to reshape a VA that has struggled in recent years amid an expanded set of responsibilities and patient loads as veterans return from the wars in Iraq and Afghanistan, and as Vietnam-era veterans begin to require geriatric care.

Some Republicans see logic in moving the VA in a new direction that includes some level of privatization, giving veterans increased access to medical care through private doctors at the VA’s expense. Democrats have voiced support for greater investments in the current system, building new medical facilities around the country and trying to attract more doctors and nurses.

Veterans groups expressed hope that the renewed attention to the VA would yield positive change without undercutting the parts of the system they support.

“There are two things we all agree on,” said Garry Augustine, executive director of the Disabled American Veterans. “We need to support the VA system and get it fixed, and none of us are for privatizing the system.”