Ambassador Arun Singh with members of the Indian American community at the South Asian American Legislative Night in Annapolis, on March 16. Photo by Sirmukh Singh Manku

While this was a joint effort by all the three delegates, it was spearheaded by Jalisi, the freshman delegate from the 10th district for Maryland.

India’s Ambassador to the United States Arun K. Singh, and his wife, Maina Chawla Singh, were in attendance, along with a representative from the Embassy of Nepal.

More than a dozen people were honored at the event, including prominent Indian American community leaders Kirit Udeshi and Sunil Singh, for their outreach and service.

Also honored at the event were Maina Singh, and N. K. Mishra, Minister of Community Affairs at the Embassy of India.

The purpose of the meet was to bring together members of the highly successful South Asian community in Maryland and the surrounding areas, according to the hosts.  South Asians as a community are known for being highly educated, highly entrepreneurial, and financially well-off population.  However, as a community, they are not very politically active.

As South Asians continue to grow their footprints in America, political engagement will need to grow, summed up the legislators.

The event, which was kicked off by the Speaker of the House Michael Bush, was attended by some other members of the Maryland General Assembly.  In attendance were the Majority Leader, the head of the Maryland Black Caucus, and the head of the newly formed Asian Pacific Caucus, which would include Indian American-related issues.

Ambassador Singh, in his remarks, emphasized the impact the Indian diaspora around the world had made.  He noted that the diaspora has made a mark in the United States particularly.  In the US, 1 in 7 patients are treated by Indian doctors.  In addition, Indian Americans have made strides in many other industries such as IT and the hospitality industry.

The event was a great success in bringing the South Asian community together and helping them begin a political dialogue, especially in this election year.  This event is expected to continue on an annual basis with bigger turn-outs and more participation in the years to come, according to the hosts. 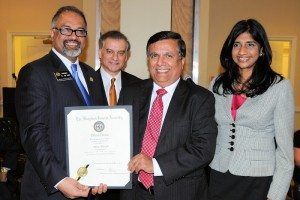 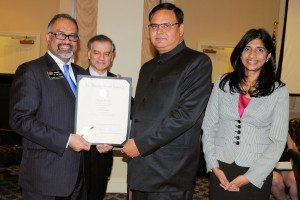 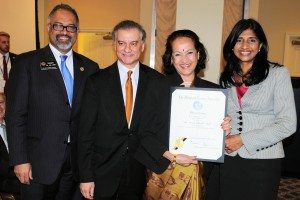 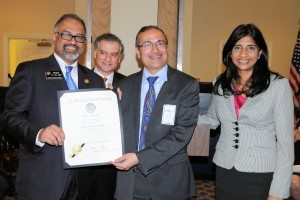 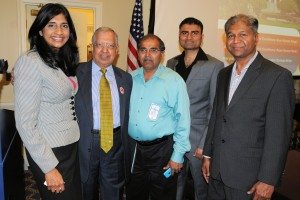 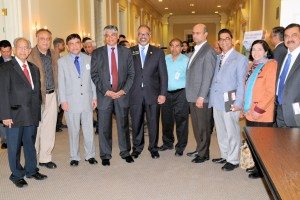