A man who drugged and sexually assaulted multiple women in the San Francisco Bay Area has been sentenced to 20 years in prison, police officials said. 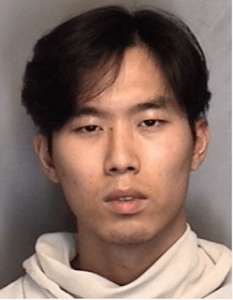 In September of 2015, police detectives from Fremont, Calif., with assistance from the University of Illinois Urbana-Champaign Police Department, arrested Kwangmin Jin, 21, in Illinois on suspicion of drugging and sexually assaulting at least seven victims and possibly more in the Bay Area. Jin was extradited to California to stand trial.

According to Fremont police, Jin pleaded no contest to six counts of rape while intoxicated. On August 4, Jin took a plea bargain and will spend 20 years in prison.During the investigation, Fremont detectives learned that between May – August 2015, Jin used fake aliases to arrange meetings with female victims over social media sites. Once in person, Jin would give the victims an alcoholic beverage tainted with a sedative drug. The victims were rendered unconscious for several hours, during which time Jin sexually assaulted them.

Because the victims were rendered unconscious, police said there’s a possibility that there may be more women who came into contact with Jin and did not know what transpired. Police said the meetings were arranged through Tinder, MocoSpace, Skout and Facebook.

Fremont Police detectives are requesting anyone who may have had contact with Jin, or with one of his aliases over social media and/or in person, to please contact Fremont Police Detective Ken Kwok at kkwok@fremont.gov or 510-790-6900. Reference FPD case #150810044.

Jin is currently in custody at a jail in Champaign County, Illinois, awaiting extradition to Alameda County.

Ed Diokno writes a blog :Views From The Edge: news and analysis from an Asian American perspective.