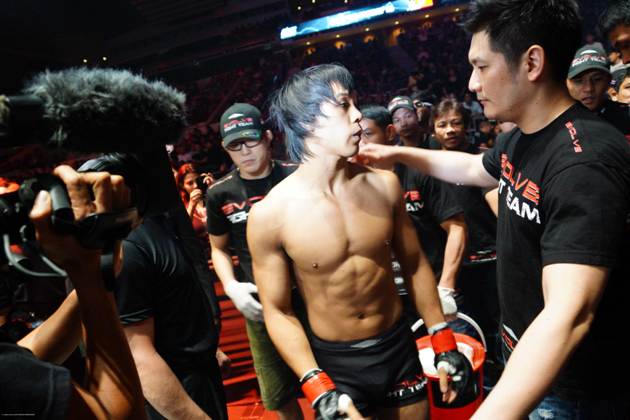 Eddie Ng could pass off as a real-life video game hero.

It’s not just the boyish good looks, impossibly ripped torso, or the fact that he fights for a living. The professional mixed martial artist (MMA), who’s been based in Singapore for the last two years, also has the sort of inspiring back story and personal philosophy that are the stuff of Street Fighter legend – whether it’s dusting off racism or taking on a challenge.

By challenge, Ng doesn’t mean physical confrontation. In fact, when Yahoo! Singapore jokingly asked him how many men he could take down in a pub brawl, the soft-spoken 26 year-old laughed it off. “Zero. I wouldn’t fight. Since I started doing MMA, I haven’t been in one street fight… There’s no benefit to hit somebody outside.”

Perhaps not quite what you would imagine from a rising star in a sport often labeled as brutally competitive, but Ng’s been defying expectations all his life.

Born and raised in England by parents hailing from Hong Kong, Ng’s ethnicity led to him being singled out and bullied – once, someone spat in his face. His self-confidence was so low that at one point, Ng even resented being Chinese. Then Bruce Lee came along.

“I saw a Bruce Lee movie, and I could relate to how he was fighting against stereotypes,” he explained. “And I found out that people in my school respected Bruce, regardless of his ethnic origin, not because he was a movie star, but because he was a martial artist.”

So Ng began his love affair with martial arts, through the Wing Chun style practiced by Lee himself. But his first true passion was Brazilian Jiu-Jitsu (BJJ), which he chanced upon after watching a tape of BJJ exponent Royce Gracie winning the first ever Ultimate Fighting Championship (UFC).

“I saw this skinny guy, maybe the smallest, in a tournament filled with wrestlers, boxers and karate and taekwondo experts. He beat everyone… without even throwing a punch. That got me interested.”

BJJ, Ng patiently informed us, is primarily a grappling art focused on ground fighting. But the desire to add stand-up striking to his self-taught repertoire would introduce him to the nuances of MMA and soon after, its competitive levels.

Rising to the challenge 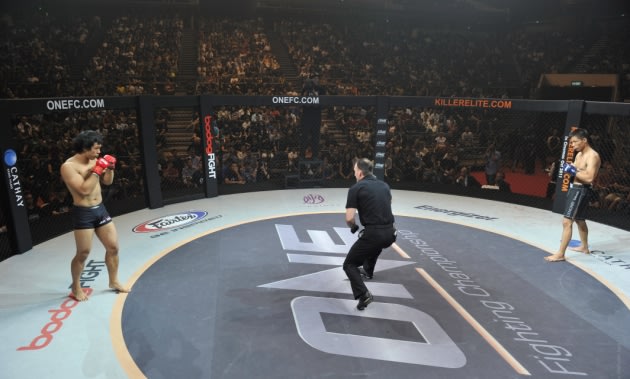 “When I first started competing, there was no way I thought I could make it into a profession,” recalled Ng, who stands at 1.73 metres and currently fights in the lightweight division. “But here’s my mentality: if somebody says I can’t do something, then I want to try and find a way to do it no matter what.”

It was his friends who tested his resolve. After being repeatedly rejected in their attempts to get him to “party” with them, they started questioning the “stupid kung fu” that he couldn’t “make a living out of”.

Wanting to prove his friends wrong, a then-17 year-old Ngsigned up for a local amateur MMA event. Three fights later, he paused for university , but the long break had him aching to return to the cage. When he graduated in 2007, Eddie Ng finally decided to go professional.

The rest, as the MMA world says, is history-in-the-making. Ng’s record currently stands at five wins and one loss. He’s collected the scalps of some experienced European fighters, and is set to up his game even further. In 2011, he moved to Singapore after signing with Asian MMA promotion giant ONE Fighting Championship, and also to train and teach with the increasingly dominant Evolve fight team.

Twice a day, up to six times a week, all-year round: that’s how often you’ll catch Ng rolling on mats and hammering pads at Evolve’s gym. “I’m always training. I don’t take any time off,” he shrugged. What does he train for, we ask.

“When I started fighting, it wasn’t to become UFC champion. It wasn’t to make a lot of money, or buy a nice car either. It was purely a challenge,” said Ng.

“I just want to continuously take hard fights. The more people say I can’t win the fight, the better it is for me. As long as at the end of my career, I’m known as somebody who takes big fights… I’ll be happy.” But he also admitted that winning the ONE FC title would be “huge”, if only to guarantee the highest level of – again – challenge.

Ng’s next test, for now, takes place at ONE FC’s upcoming ‘Kings & Champions’ event in April, when he takes on French welterweight champ Arnaud Lepont.

He may have insisted, more than once during our interview, on being just a “normal” and “ordinary” person. Yet the life lessons he offers are anything but. And when he and his opponent step out into the Singapore Indoor Stadium come April, thousands of fans – more still on TV and online – will have to choose a fighter. This writer knows his already: “ordinary” Eddie Ng. 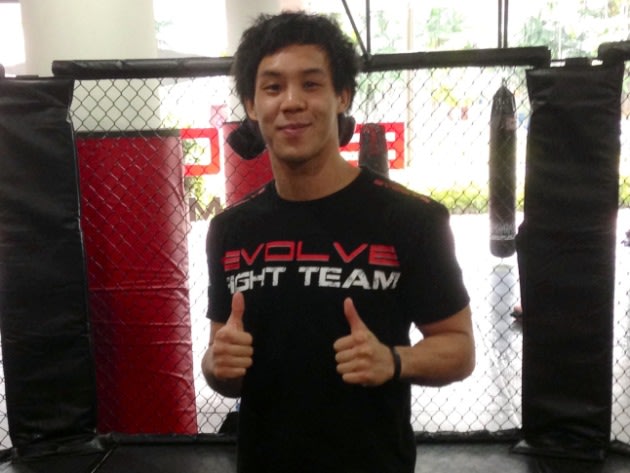 Eddie in his element (Yahoo Photo) 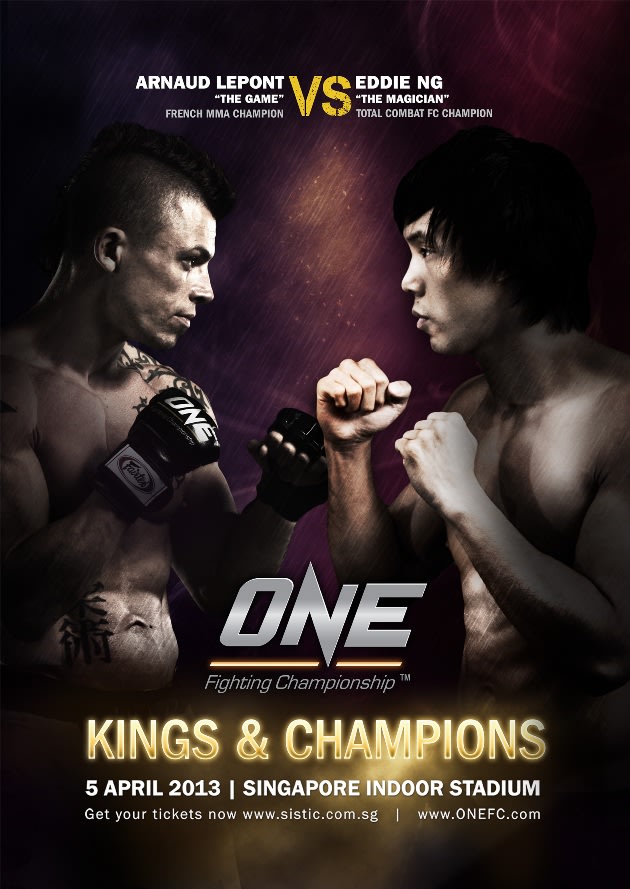 ONE FC: Kings & Champions will also be broadcast live on Star Sports Asia and livestreamed at www.onefc.livesport.tv.